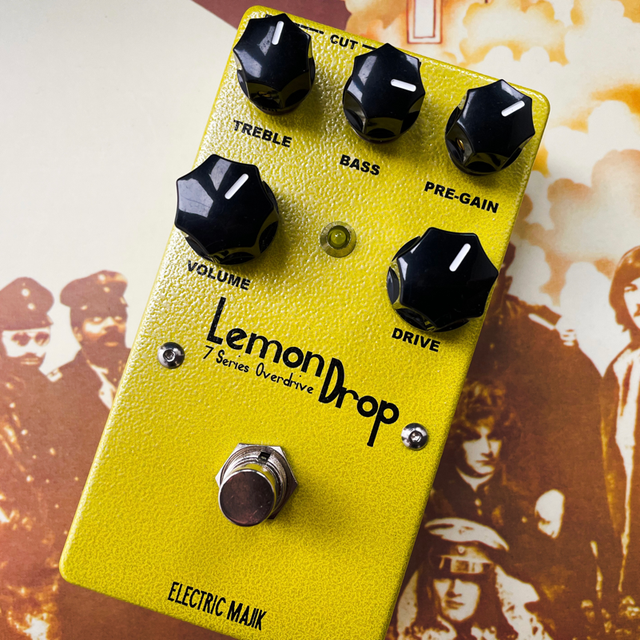 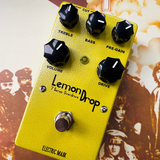 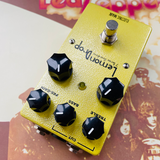 The Lemon Drop aka 7 Series Overdrive is a simple and effective “fuzzy overdrive” designed to capture the sounds of the Vox 4 and 7 Series amplifiers.  Used by Revolver era Beatles and Page on the second Zep album, these were hybrid amps with a solid state preamp and tube power sections that produced a unique tone heard on tracks such as Paperback Writer and Whole Lotta Love.

Originally a 3 knob circuit, I decided to make a treble and pregain control standard after many requests over the years.

Built in a 125B sized enclosure with top mounted jacks. The old school Lemon Drop lettering has returned for 2023!